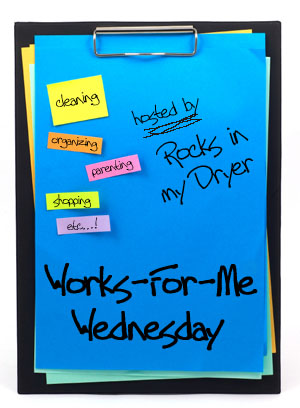 *UPDATED TO ADD*  Um, sorry about that…forgot the links.  They’re up now.

I don’t have a particularly cheerful tip this week, but it’s an important one.

A dear friend of mine had a serious house fire last week; the fire started in the attic and, they’ve been told, may have burned for two hours before the family was aware of it. As a result, I’ve been thinking much about my own family’s fire safety situation.

We’ve always followed recommended guidelines.  We have two smoke alarms on each level of our home; upstairs, the smoke alarms are at either end of the hall.  As I’ve thought about it, though, it has dawned on me that my children sleep with their doors closed.  If there were an attic fire that began over their rooms, or if an electrical appliance in their room were to catch fire, it might take a very long time for the smoke to reach the alarm in the hallway outside.  Quite possibly, by the time the hallway alarm sounded, it would be too late.

As a result, in addition to the recommended hallway smoke alarms, we have added smoke alarms in each of the kids’ rooms.  They are not expensive–but even if they were, the additional peace of mind would be worth it.

Want to share your helpful tip with Bloggityville?  Leave a link below.  First-timers, please read through the guidelines here before posting.

57 thoughts on “*UPDATED* Works For Me: Smoke Alarms”