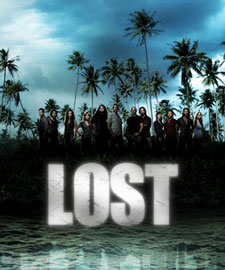 Big time spoilers ahead, so you west-coasters avert your eyes.

May I just say how relieved I am that Jack finally knows that Claire is his sister?  Because I just could not bear that burden alone one more minute.

And also, I would very much like to know what kind of moisturizer Richard Alpert uses, because the man never ages.  But he should lay off the eyeliner.

On to much more serious matters, I actually cried when Sayid was reunited with his Nadia.  It was all the more bittersweet knowing, as we do, that she won’t live much longer.

And y’all?  I’ve got a bad, bad feeling that Michael, Jin and Desmond (no! not Desmond!) are about to be blown to smithereens.

Did anyone else catch Sawyer’s reference to the compound as "New Otherton"?  Love that.

I’ve been catching up on all the Lost podcasts this week, and I’ve learned a few important things from my friends Carlton Cuse and Damon Lindelof:  They promised that by next week we would know who was in the coffin.  They’ve said we’ll learn more about Libby.  And they said that next season would be devoted more specifically to Dharma‘s story.

Quote of the night (from Hurley’s mom):  "Jesus Christ is not a weapon."

Losties, weigh in with your thoughts from tonight!  If you’re blogging Lost at your place, leave a link directly to your post.

34 thoughts on “I’m Too Flustered For a Title”